How long does a divorce take?

Divorces and their individual ramifications are as distinct and unique as the marriages and legal unions they were designed to dissolve. Each partnership will have different circumstances to take into account, including children and other dependents, financial commitments, assets and savings, pre-nuptial agreements and many, many emotional and practical decisions to be made.

From start to finish 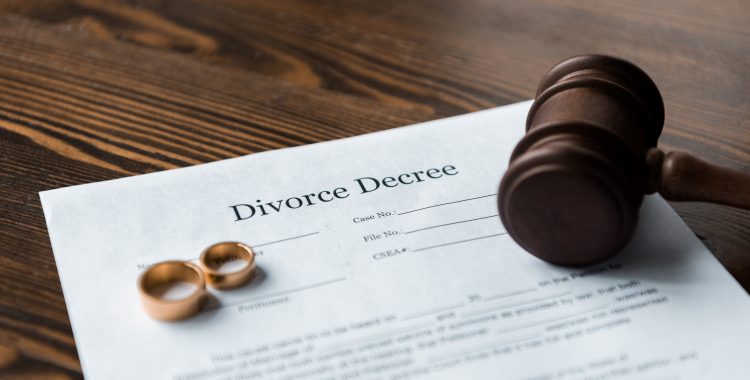 When asking the question, how long does a divorce take from start to finish, it is important to think about what is actually involved? Filing for the divorce comes right at the end of what could be many years of unhappiness, conflict and distress in an unhappy marriage. Some couples will have tried informally separating first to see if they prefer living apart from the other, so it could be argued that the path towards their divorce started a long time ago.

However, the legal part of a divorce typically takes a few months to sort out – a straightforward divorce will take around four to six months to complete. This will be a much longer process if there are complicated financial issues to unravel, or if one party does not wish, or feels unable, to co-operate for whatever reason.

What if my partner cheated on me?

Having one partner cheat on the other is a relatively common cause for divorce, as losing trust in one’s partner can lead to the union becoming untenable. Cheating and adultery is one of the causes legally considered to be ‘unreasonable behaviour’. When asking how long does a divorce take for unreasonable behaviour, there are many aspects to consider.

For a start, it all depends on whether the party who has been ‘unreasonable’, for example after cheating or exhibiting abusive behaviour towards their spouse, is willing to accept their actions as the official reason for the divorce, as cited in the legal paperwork. This can often be a tricky area to navigate, but mediation led by a third party can be a way to work these difficult considerations out and move towards a mutually agreeable solution.

When both parties agree

How long does a UK divorce take if both parties agree? It will clearly take much less time if the petitioning party and the responding person from the partnership can come to a mutual arrangement quickly. A straightforward divorce with little to no disagreement involved can sometimes take less than four months; however, it is prudent to factor in slightly longer for delays that could crop up along the way. Even when both parties agree on the reasons for, and terms of their impending divorce, the legalities can sometimes create issues that need resolving before moving onto the next step.

When they don’t agree

So, how long does a UK divorce take if one party doesn’t agree? A couple who cannot agree on the terms of their separation will often find that the process takes much longer – sometimes running into years, rather than months. Both parties need

to secure the services of a specialist divorce solicitor whom they trust to act in their best interests and to prevent as many delays as possible.

In the event of a divorce taking place after citing unreasonable behaviour, it is especially important to use a professional mediator to resolve related issues to work on any areas of conflict and to allow the paperwork to be finalised as efficiently as it can be with as little distress as possible for either party.

What about my stuff?

A tricky area for many, once the key issues around children, finances and living arrangements have been sorted out, is what will happen to the assets and belongings amassed during the marriage. This includes stuff bought prior to the partnership by both parties, as well as items bought or gained during the union, plus any gifts and loans. It is advisable to work out the vast majority of who takes what between the two parties prior to the divorce, or alongside it as an informal process to avoid rocketing legal fees and added complication to the main process. This will also help cut down the time the divorce takes to be completed.

How to file for a divorce

Generally speaking, a divorce will follow five key stages from beginning to end.

One party will formally start the process by sending a divorce petition form to the court. This lays out their desire to begin divorce proceedings and included important information that the court needs to know. It is considered courteous to let the other party see a copy of this form before it goes to the court if circumstances allow. The period between the court receiving this document and issuing divorce papers to the other party is usually around two to three weeks.

The other party must respond to the petition forms by completing another form called the acknowledgement of service. This must then be returned to court within seven days. This paperwork confirms whether or not the second party agrees to the divorce petition going ahead and includes details of any claims for costs and arrangements for any children or dependants involved.

The next stage in the process is known as the Decree Nisi, which the original petitioner can now apply for. This application asks a District Judge to consider the divorce paperwork and to confirm whether or not divorce can be granted. If everything is in order, a Decree Nisi is issued. Unless either party is disputing the contents of the divorce petition, neither party needs to attend court to hear the Decree Nisi pronouncement. It is the first decree in the divorce proceedings, but it does not formally dissolve the marriage.

4. Order from the court

The court will issue an order at this stage to the solicitors representing the divorcing couple. This lays out the decisions made with regard to financial settlements, living

arrangements, custody of children and other important factors needing to be finalised ahead of the divorce going fully ahead.

The final stage. The original petitioner can apply for this final pronouncement six weeks and one day after they receive their Decree Nisi. If they fail to apply, the respondent, or other parties, can apply instead, waiting a further three months to do so.

However much you may want your divorce to hurry up and happen, it is strongly advised to avoid opting for the so-called ‘quickie divorce’. This option does not allow enough time to resolve all the issues under the spotlight, and so could cause conflict and upset later on. If you are looking for a professional, reassuring divorce solicitor who will guide you through the process and help you secure the best possible outcome for all involved, contact us to see how our team can help