What Different Types of Divorce Are There?

There are different types of divorce and they involve different issues. This is hardly surprising, since people are also not all alike. Some divorces are smooth-sailing and amicable, representing a mutual agreement between two people that a marriage has run its course. This is an ideal situation to reach, especially if the marriage or civil partnership has produced children or involves other dependents.

Other types of divorce contain more conflict and disagreement and are harder to negotiate. They can be more stressful and upsetting and tend to take place when a couple has lots of arguments or conflicts that grow too big for their marriage to withstand the pressure. Issues such as custody of children, changes in living arrangements, financial worries, care of older relatives, extra-marital affairs and career concerns can put a huge strain on a marriage.

If you and your spouse are thinking about divorce, one of the first questions you will be asked by your divorce solicitor will be what types of divorce are most relevant to your situation. This helps them work out how best to proceed. Although you can represent yourself in a divorce, it is usually more advisable to seek the services of a qualified family solicitor to handle your case. This gives you access to specialist advice and support and can make the process run more smoothly and resolve itself more rapidly. You can find a local divorce lawyer via word of mouth, or search for suitable candidates online on the Law Society website.

Here are some of the more common types of divorce that exist in England and Wales and some details about what is involved in each one.

No fault divroce is one  when a couple decide mutually to part ways. The law changes in April 2022 to allow for a divorce to be stated as being a mutual agreement with neither party being specifically named in the petition as being at fault. Instead, the reason can simply be given as a mutually accepted ‘irretrievable breakdown’. Previously, a divorce petition had to state one or more of the following five reasons: adultery, desertion, unreasonable behaviour, two years separation with consent or five years separation without consent.

An uncontested divorce works in a similar way to a no-fault divorce, in that both parties agree to dissolving their union and going their separate ways. There is less conflict and fewer issues to resolve, meaning that the process is often both quicker and easier to go through. There is normally no need for mediation, arbitration orlengthy settlement negotiations. Disagreements, if there are any, can be worked out by the two parties communicating directly with each other.

This is a divorce that has higher levels of conflict involved. There could be one or more areas where each party strongly disagrees and additional mediation, arbitration or legal rulings are required to reach a resolution. The divorce process tends to take longer in these circumstances as there are often multiple meetings and court trials needed to approve and finalise everything. Often, contested divorces happen where the couple has significant financial assets at stake, but no prenuptial agreement in place. 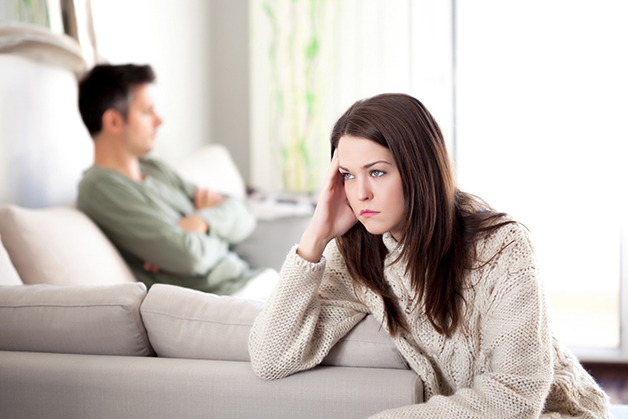 As single-sex marriages and civil partnerships are now an accepted part of everyday life, inevitably, some unions do not work and single-sex divorces also become more commonplace. Same-sex couples can now apply to the courts for divorce or dissolutions of civil partnerships in the same way as heterosexual spouses can. The process and stages of divorce also work in the same way. It is, however, advisable for a single-sex couple wishing to legally separate to enlist the services of a divorce solicitor who has solid knowledge of same-sex partnership, marriage and divorce law to ensure that their case can be handled with as much informed experience as possible.

5. Non-Consummation of a Marriage

Although this is not strictly the same as other types of divorce, a non-consummated marriage can be annulled, or dissolved by law if the spouses no longer wish the union to continue. Consummation is described in law in this context as ‘ordinary and complete’ sexual intercourse. This must have taken place after the marriage or civil partnership ceremony and the annulment can be granted on two separate grounds. These are impotency, or inability to consummate the marriage and persistent refusal to have intercourse after marriage.

PrevPrevious PostDivorce Timeline: How Long Does Divorce Take to Finalise?
Next PostCoping With Difficult Relationships at ChristmasNext