When a couple separates, they are the main focus of attention, support and sympathy. The children of the relationship and their welfare are considered by all as of paramount importance. However, the grandparents and their feelings are all too often unfortunately forgotten.

In this “busy” world, statistics show that grandparents are playing a vital role in the upbringing of children financially and emotionally. They are often called upon to “babysit”, collect and deliver to and from school and are the preferred option to care for children rather than have them sent to nurseries or after school clubs. In addition, grandparents are often able to spend ample time with the children and provide them with the attention, their parents sometimes cannot give due to the stresses of their busy lives.

This means that the grandparents share a strong tie with their grandchildren. The children certainly do benefit from the shower of love, attention and affection they receive from their grandparents and often look forward to seeing them. Parents too value the role of the grandparents in a family life when they see their children so unconditionally loved and listened to especially if they have such busy lives and are unable to find too much time to spend with their children. So why is this all forgotten upon separation?

If a couple separates their parents’ world is rocked. It is shattered when children are involved especially for those whose child will not have the children living with them. They have no control over the separation process as they are not a party to the same. They can offer their support and invaluable experience but how often are they actually listened to? 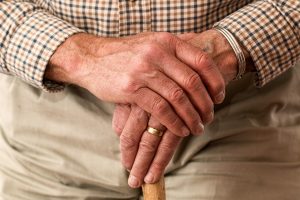 Couples who are separating quite rightly are thinking about the welfare of their children in relation to care and contact arrangements but maybe they should step back a little further and consider the wider “support” which the children have enjoyed rather than only the immediate family unit.  Any future care arrangements, need to involve extended family especially grandparents as this is vital to the children’s welfare. For them to miss out on that “magical” love is such a shame and cuts a big hole in their lives – this need not happen if their parents recognise the importance of grandparents in their children’s lives.

Courts do recognise that grandparents are often central to children’s lives. The Children Act 1989 has made provision to allow them to apply for certain orders through the Courts. The grandparents can make an application to the Courts separate to their child’s application if he/she should be the one that does not have the children living with them and is having difficulty in seeing them due to the unwillingness of the other partner.

Unfortunately, grandparents do have to seek the permission of the Court to apply for any order, unlike their child, but the Court is usually happy to grant the same and some form of contact as long as a strong bond with the grandchildren can be established. It has to be said that it is becoming easier for grandparents to apply through the Courts to maintain their relationship with their grandchildren usually by way of a weekend visit and/or through telephone calls, Skype and email.

However, the Court process can be stressful and expensive especially when one parent opposes the application. Many grandparents cannot afford the same and also find thought of litigation emotionally burdensome on their already fragile health. The first 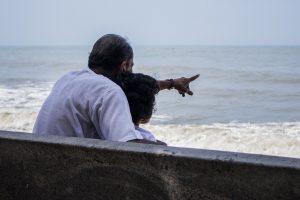 hearing usually involves the opposing party attending Court together with the grandparents and the District Judge attempting to try and encourage the parties to reach a settlement.

If this fails then an independent person called a CAFCASS officer is appointed to the case to carry out an independent investigation in relation to the application that has been filed. This can involve interviews with the children and the grandparents and the opposing party. This process itself causes some delay as a report will usually take 3 to 4 months to complete. During this time the grandparents will have lost ties with their grandchildren.

Once a report has been completed a recommendation is made in reference to the application and it is hoped that by the time of the second hearing agreement can be reached between the parties by following this recommendation. However, if the opposing parent is extremely difficult then the matter can proceed to trial which involves the grandparents providing evidence in Court. This is a very stressful and emotionally tiring ordeal and one which most grandparents would wish to avoid. All this can deter grandparents in taking legal action and they are then left to pin their hopes on their child or their child’s partner to allow them to remain in contact with their grandchildren. If this fails, they are left feeling devastated and powerless.

Therefore, in the interest of their children couples who are separating need to recognise the strong relationship and bond that their children have with their grandparents and do their utmost to ensure that this is not lost. The parents should recognise the fact that as much “normality” can be maintained in the children’s’ lives by keeping grandparents involved hence this can help their children in coping with an already traumatic situation – their parents separating. The presence of the grandparents may be the only stable factor of family life that a child can cling to and therefore by ensuring that this is maintained they are acting in the interests of their children.

A grandparents’ love is truly magical and one that all children should enjoy for as long as possible. It is an integral part of their upbringing and their emotional wellbeing. Do not let it be lost through the separation process as not only will the grandparents suffer but even more importantly so will your children.

Want to discuss your situation or need advice from an expert and experienced family law solicitors call Shortlands family solicitors on 020 7629 9905 or email us on info@shortlands.co.uk